Why a circle is more perfect than a square... the circle came first.
Don't believe me?  Take a piece of string, tie it in a loop and toss it down... or use a rubberband (not the pre-formed oblong type)  Does it form a square?  No, and it never will without extruding it out and making it into a cube with four sharp angles... and nature does not create that way... usually.  It can happen, but the circle rules.  That is natural law... a law that cannot be broken.  Sometimes your toss will turn into a figure 8... 8 on it's side is the symbol for infinity.

More circle perfect:  Manholes and covers are round because that is the only shape that will not fall into itself.

A box is a circle squared.  A cube is a die... two cubes... to die?  Mayhaps when it is used as a hex.  A box within a box is a hex.  One delusional magic trick is to replace the boxes with circles in order to hex.  We see this in rotaries and hubs.  When you see that in a corpse (CORPORATION's) symbol... know that, if you join in, from where you are starting, you will be trapped in the center... in perpetual servitude... unless you are willing to do some supremely rotten things... and then some... and even then you will not ever get to the level of elite... only ever slave/slaver... not a good place for a human being to be.  But it's not like they didn't try to warn you... is it?  Their language is the language of the dead... it can only mimic life and it can only beget its own.  Our (oh you are - i'm not saying this, whatever designed us programmed it in... get it?)... language took countless millions of years to evolve in us... it evolved with us.

Refer, please, to the rotating tesseract (above in electric blue)... a three dimensional square, commonly called a hyper-cube... it is the metaphysical prison for your mind you have been locked into.  No one can get you out of that box but yourself.  Please try.

Squaring the circle:
Pi is simply a yoke... like how you would yoke a beast of burden.  Look at the symbol for pi. Rather looks like altar (alter), don't it?    π
Is it a wonder that cabalists relate EVERYTHING TO Pi?   I would be leery of boxing myself into that beLIEf. 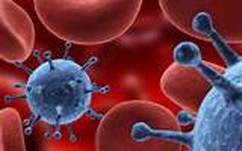 Having Rh Negative Blood does not mean you descended from Reptiles or Aliens... well, let's just toss in Neanderthals too while we're at it........

Rh factor is a protein found in the red blood cells of roughly 85% of the human population.  The term Rh is based on a mistaken assumption that Rh positive blood identified a common factor between rhesus monkeys and the vast majority of humanity on earth.  While It was soon realized that this was not the case, the original terms (Rh factor and anti-Rh) coined by Landsteiner and Wiener, although being misnomers, have continued in common usage. The heteroantibody was renamed anti-LW (after Landsteiner and Wiener), and the human alloantibody was renamed anti-D.4
Source:  http://bloodjournal.hematologylibrary.org/content/95/2/375.long

Rh positive blood will carry the D antigen and it will be absent in a Rh negative type.  Rh negative shows up primarily among cultures who limit their bloodlines to close family members.  Rh negative blood is an indication there is something awry in the clotting ability of the red blood cells in either an increase in clotting or the reduced ability to clot (Hemophilia).

~~~~~~~~~~~~~~~
Naming names of large corporations, pointing fingers at everybody and everything else, are only trick-up-the-sleeve deflections.  What we are looking at is the end run achievement of a small and tightly knit tribe of people, accomplished under veil of secrecy.  They walk among us as if they are us but in their hearts that is not what they feel... it's not what they think or act... they consider us as cattle, as if that somehow justifies what they do to livestock.  One could say, they do say... It's just a business.  You could return every brick and mortar corporation to dust and it will accomplish nothing until we realize (real eyes) what it is this tribe has become... something wicked.

Refusing to assign blame at it's root only assures it's continuance... constant and endless turmoil.  We must consider, at this late hour, the jews are no more capable of rising to the level of humanity than it is for humanity to continue to abide by the depths of their depravity.  We must reflect on what they have destroyed, because they have created nothing of value. They have cheated, raped, stole, extorted, swindled, pillaged, lied, murdered, conspired... no deed too dirty, no act too low, and for the most base of reasons... and they're not finished... yet.  They destroyed their own blood line for love of money.  For two thousand years or more, in defiance of nature herself, they have biologically changed themselves from human into the most deadly parasite on earth.

kike : a derogatory slur used to refer to Jews. Possibly from Yiddish קײַקל (kaykl, “circle”). (In the early 20th century, Jews immigrating to the Americas would sign papers with a circle instead of an X, the latter being the more common practice amongst non-English speaking immigrants.)
https://en.wikipedia.org/wiki/List_of_English_words_of_Yiddish_origin 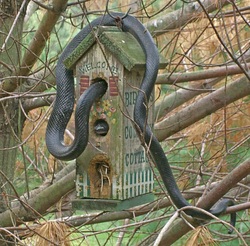 i learned something new today...
snakes do not have emotions.
https://en.wikipedia.org/wiki/Emotion

The aliens in the television show V, and Mr. Spock, of the television program Star Trek, share certain characteristics. Specifically, they are less emotional than the humans and more logical.

In the television show V, when the aliens became concerned that some members of their race were working with the humans, they would determine which of them was a potential traitor by showing them a video of humans who were suffering, and measuring their emotional reaction to the video. The "good" aliens would be able to watch humans suffer without showing compassion or sympathy. Any alien that showed concern for human suffering was considered a defective alien, and was killed.

Once you realize that the aliens in V and the Vulcans in Star Trek are supposed to represent Jews, you ought to wonder, why do the Jews consider themselves as less emotional and more logical than humans? Why are Jews able to remain calm and unemotional while humans suffer?
...more here:  http://www.erichufschmid.net/Reptilians.html
How serious of a problem is this?  One could say it is THE problem.  Not the news... not are there aliens here from outer space?  Not who is the next pope,
NOT we need to jump up and do something... RUN... RUN... DON'T WALK... and then what, exactly?  Act without investigation or knowledge of what is truly the reality?  The fact is they walk among us, look like us, talk like us, express the same concerns as us... but they are not us.  You should endeavor to see this for yourself.  This should help... Who Controls America:  _http://thezog.wordpress.com/

Barbi and Ken... when you think about it... burning knowledge on the Bar-B. Right there, right in front of us, since the mid fifties.

Your entry into formal indoctrination is through Kindergarten... hmmm.

Kindle...  What is kindling but fire tinder?
Burning books did not go out with the Nazis.  Now they can burn books with the click of a mouse.  They can, they will and they have done it.
This is history... they burned Orwell's books...  Brave New World and Animal Farm.
http://www.techmagnews.com/amazon-big-brother-deletes-kindle-books.html